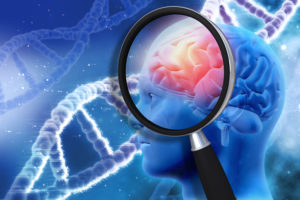 After decades and billions of dollars spent on Alzheimer’s research with nothing much to show for it in the way of effective prevention or treatment, a UCLA researcher has broken through to produce some amazing results with a game-changing treatment program. And, wouldn’t you know it, his program has a lot in common with the Beyond Health Lifestyle!

Dale E. Bredeson MD, Director of Neurodegenerative Disease Research at the David Geffen School of Medicine at UCLA and Founding President/CEO of the Buck Institute for Age Research in Novato, CA, had studied Alzheimer’s for years. He saw that although many individual lifestyle factors, herbs and supplements led to minor improvements, a more comprehensive approach was needed.

His program, called MEND (Metabolic Enhancement for NeuroDegeneration), is an individualized approach covering 36 different factors that can be involved in developing cognitive impairment and ultimately Alzheimer’s.

The great news is that this approach halted and significantly reversed mental decline in nine of ten patients who tried it. For one patient with advanced Alzheimer’s, it was, unfortunately, too late. But for the others, four patients with Alzheimer’s and five with the kind of cognitive impairments that precede Alzheimer’s, deterioration was halted and symptoms reversed to the point where most were assessed as cognitively normal.

Impairments had been severe. Six of the ten patients had either been forced to stop working due to their memory problems or were hanging on by a thread and very worried about their futures. One lady was preparing to commit suicide when a friend told her about this “last resort,” and an entrepreneur was in the process of shutting down his business after being told he must “get his affairs in order” as he would soon lose the ability to manage his own life, let alone run a company.

Now all six are once again functioning at high levels as lawyers, report analysts, and in other mentally challenging professions, while the entrepreneur is expanding his business! Follow-up over several years shows patients maintain their good results as long as they stick with their protocols, and the only side effects are increased health and normalized weight!

So what is this amazing program?  We’ll have to wait for publication of The Bredesen Protocol, expected in May of 2017, for the full scoop, but Breseden’s scientific articles describe it. We’ll give you the details in the next article, but basically it’s a lifestyle approach involving good diet, exercise, sleep, stress reduction, and selected herbs and supplements in high-quality, bio-available forms.  And no drugs!

Kind of sounds like the Beyond Health Lifestyle, doesn’t it?

No doubt many in the medical community will resist this multifactoral, non-pharmaceutical program, and larger studies will need to confirm Bredesen’s results. But the stakes are high. Alzheimer’s is on the rise, with over 5 million diagnosed with the disease in the US today, and 13 million projected for the year 2050—a number which could potentially bankrupt Medicare.

A way to reverse the trend is desperately needed—maybe desperately enough for members of the medical establishment to seriously consider this effective game-changing approach!