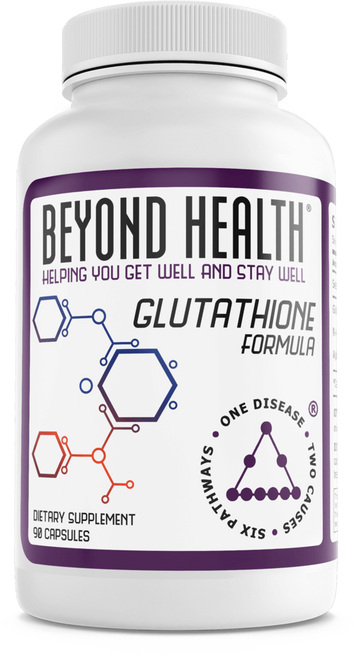 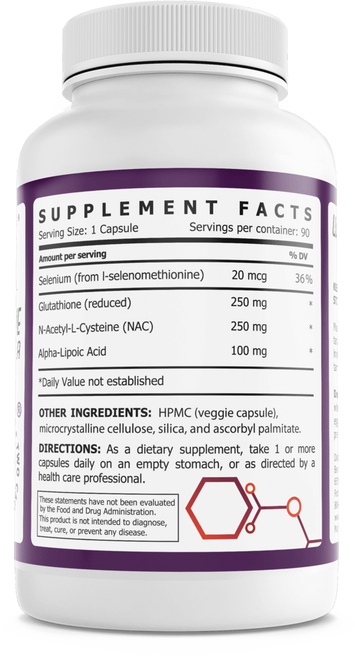 Glutathione is a critical protein that your body produces. It can also be obtained from food and supplements.  Glutathione has been called “the mother antioxidant” because our antioxidant system can’t function without it. Neither can our detoxification system. And neither can our immune system.

Glutathione—A Miracle Molecule The mother of all antioxidants…

Glutathione is a critical protein that your body produces. It can also be obtained from food and supplements.  Glutathione has been called “the mother antioxidant” because our antioxidant system can’t function without it. Neither can our detoxification system. And neither can our immune system.

Glutathione (GSH) is one of the most important molecules in your body. It is so critical that every cell in the body produces it, and it plays such a vital role in our chemistry that the level of GSH in our cells is being used as a predictor of how long we will live. GSH has been studied in over 100,000 scientific papers and has been called “The Mother of All Antioxidants.”

GSH is a critical regulator of oxidative stress and immune function. It helps the liver to detoxify, plays a critical role in immune function, supports protein synthesis, protects from environmental toxins, and helps to prevent aging and disease. Much of GSH’s ability to extend life and improve overall health stems from its role in detoxifying various chemicals.

Many foods contribute to helping the body make GSH, including sulfur-rich, cruciferous vegetables such as broccoli, bok choy, Brussels sprouts, cabbage, cauliflower, collard greens, turnip, and kale. It is well established that GSH levels plummet when we are deficient in the sulfur amino acids found in these vegetables.

Research is finding that one of the reasons we are suffering so much premature aging and disease is because an alarming number of people are deficient in GSH. Chronic stress, chronic infections, environmental toxins, injuries, many medical treatments, and our poor diets all conspire to create GSH deficiency. In addition, research has shown that GSH levels decline as we age, with a corresponding decline in our health and longevity. Given all that glutathione does for the body, anyone with any chronic health problem or over the age of 50 should be supplementing with GSH.

Two important supplements are Vitamin C and Vitamin E. These two vitamins work together to recycle glutathione from its oxidized form back to its reduced (active) form, and to keep GSH levels in your blood cells high, boosting your immune system.

A good GSH supplement should contain the following ingredients in a highly purified form. Reduced glutathione is one. It should also contain N-acetyl cysteine (NAC). NAC is a precursor to GSH, and the body uses it to manufacture GSH and to restore intracellular levels of GSH. Another supporting nutrient is alpha lipoic acid. Alpha lipoic acid is a powerful antioxidant produced by every cell in the body. It is a cofactor in GSH production, and it is also vital in recycling GSH, helping to keep GSH levels high. Also important is selenium, which is an essential building block for the body to make GSH. Each of the above work synergistically to keep GSH levels high, and they are all contained in Beyond Health’s Glutathione Formula.

*This product may not have the same effect on every person and may affect individual metabolisms differently.

***These statements have not been evaluated by the Food and Drug Administration. This product is not intended to diagnose, treat, cure, or prevent any disease. Please consult your doctor before starting any exercise or nutritional supplement program or before using these or any product during pregnancy or if you have serious medical conditions. 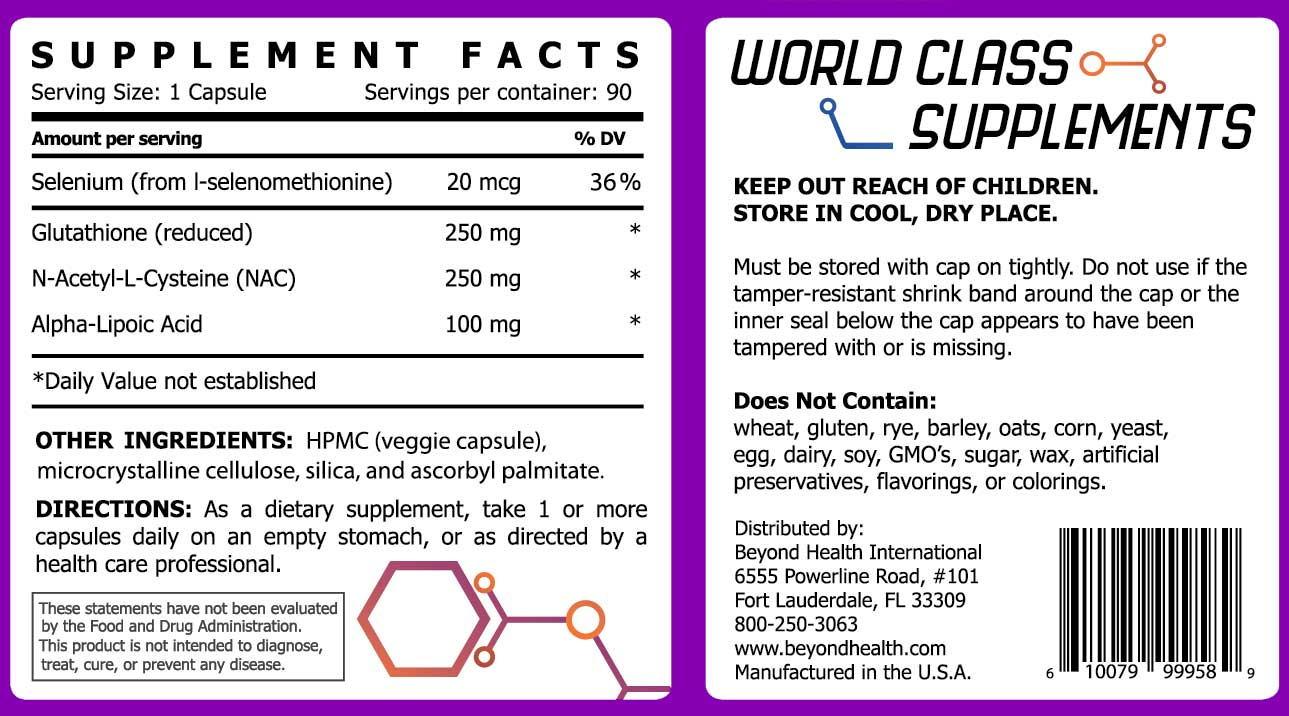 Serving: As a dietary supplement, take 1 or more capsules daily on an empty stomach, or as directed by your health care professional.

Natural color variation may occur in this product each time the product is manufactured.

Info: Consult your physician before use if you are pregnant, lactating, have a medical condition, or are taking any medication. Immediately discontinue use and consult your doctor if you experience any adverse reaction to this product.

Other products from category