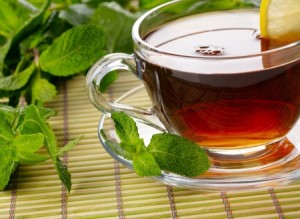 Bisphenol A (BPA) could be a poster child for the Precautionary Principle—the principle that synthetic chemicals should be proved safe before they are allowed to come into commercial use. Now that BPA is found just about everywhere and in everyone (see above article), it has been implicated in a host of dysfunctions and diseases. But there’s some good news. Scientists have been exploring various nutrients which may be able to limit BPA’s harmful biological effects and/or assist the body in breaking down and excreting this estrogenic compound. Fortunately these include many of the nutritional “good guys” Beyond Health has been recommending for years. Green and Black Tea One way in which BPA harms body tissues is through oxidative stress—it reportedly has effects similar to hydrogen peroxide (H2O2). However in two laboratory studies, extracts from both green tea and black tea were able to mitigate these effects and protect cells from oxidative damage. Green tea also stimulates glucuronidation, a detoxification pathway used for eliminating BPA from the body. Lipoic Acid In a study which looked at the effects of BPA on rat testicles, lipoic acid exerted similar antioxidant effects. In this study, BPA was shown to reduce testosterone, testicular weight and protein content, antioxidant status and helpful enzymes while increasing markers of mitochondrial damage (the mitochondria are energy factories which exist inside cells). However lipoic acid was able to reverse these effects. Folate Fetal exposure to BPA has been associated with obesity, altered reproductive function and breast and prostate cancer later on in life. However in a study with pregnant mice, folate protected offspring from the negative effects of BPA. Probiotics In laboratory and rat studies, probiotics have increased the breakdown of BPA and facilitated its excretion from the body. Probiotics also support glucuronidation. As mentioned above, glucuronidation is a detoxification pathway used for eliminating BPA. Royal Jelly BPA stimulates the proliferation of human breast cancer MCF-7 cells. In a laboratory study, royal jelly inhibited this effect. Sweat it Out Sweating is another way to get BPA out of your body. In fact, researchers who studied BPA levels in blood, urine and sweat concluded that “induced sweating appears to be a potential method for elimination of BPA.” Infrared saunas not only make you sweat, they mobilize and remove toxins like BPA which get stored in fat cells. While the above studies are preliminary, mostly done on animals and in test-tubes, they do indicate that nutrients commonly used to support health may be helping us to modify our unavoidable exposures to BPA. The B vitamins, vitamin C, magnesium, zinc, selenium and essential fatty acids also support general detoxification as do the many phytonutrients in colorful fruits and vegetables. Apples, apricots, broccoli, Brussels sprouts, cherries, lettuce, bean and alfalfa sprouts, grapefruit, limonene (found in citrus rinds), caraway seeds, turmeric and dill also specifically support glucuronidation. References